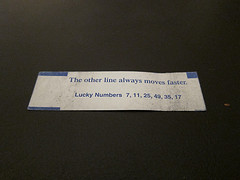 I began blogging in 2005, back then I managed to post something new almost everyday. Now, 10 years after, I hardly post anything. I was beginning to think I don’t have anything left to say but I recently noticed I have quite a few posts in various states of “draft”. I guess that  I am spending too much thinking about how to get a polished idea out there, rather than just go on and write what’s on my mind. This post is an attempt to change that by putting some thought I have (on big data in this case) without worrying too much on how complete and polished they are.

This concludes this batch of thoughts. Comments and questions are welcomed