Suprastructure – how come “Microservices” are getting small?

Now, I don’t want to get off on a rant here*,  but, It seems like “Microservices” are all the rage these days – at least judging from my twitter, feedly and Prismatic feeds. I already wrote that that in my opinion “Microservices” is just new name to SOA . I thought I’d give a couple of examples for what I mean.

I worked on systems that today would  pass for Microservices years ago (as early as 2004/5).  For instance in  2007,  I worked at a startup called xsights. We developed something like  google goggles for brands (or barcodeless barcode) so users could snap a picture of a ad/brochure etc. and get relevant content or perks in response (e.g. we had campaigns in Germany with a book publisher where MMSing shots of newspaper ads  or outdoor signage resulted in getting information and discounts on the advertized books).The architecture driving that wast a set of small, focused autonomous services. Each service encapsulated its own data store (if it had one), services were replaceable (e.g. we had MMS, web, apps & 3G video call gateways). We developed the infrastructure to support automatic service discovery, the ability to create ad-hoc long running interactions a.k.a.Sagas that enabled different cooperations between the services (e.g. the flow for 3G video call needed more services for fulfilment than a app one) etc.  You can read a bit about it in the  “putting it all together” chapter of my SOA Patterns book or view the presentation I gave in QCon a few years back called “Building reliable systems from unreliable components” (see slides below) both elaborate some more on that system.

Another example is Naval command and control system I (along with Udi Dahan) designed back in 2004 for an unmanned surface vessel (like a drone but on water)  – In that system we had services like “navigation” that suggested navigation routes based on waypoints and data from other services (e.g. weather), a “protector” service that handled communications to and from the actual USVs a “Common Operational Picture” (COP) service that aggregated target data from external services and sensors (e.g. the ones on the protectors), “Alerts” services where business rules could trigger various actions etc. These services communicated using events and messages and had flows like the protecor publish its current positioning, the  COP publish an updated target positions (protector + other targets), the navigation system spots a potential interception problem and publish that , the alert service identify that the threshold for the potential problem is too big and trigger an alert to users which then initiate a request for suggesting alternate navigation plans etc. Admittedly some of these services could have been more focused and smaller but they were still autonomous, with separate storage  and  hey that was 2004 :)

So, what changed in the last decade ? For one, I guess after years of “enterprisy” hype that ruined SOAs name the actual architectural style is finally getting some traction (even if it had to change its name for that to happen).

However, this post is not just a rant on Microservices…

The more interesting chage is the shift in the role of infrastructure from a set of libraries and tools that are embedded within the software we write to larger constructs running outside of the software and running/managing it -> or in other words the emergence of  “suprastructure” instead of infrastructure  (infra = below, supra = above). It isn’t that infrastructure vanishes but a lot of functionality is “outsources” to suprastructure. Also this is something that started a few years back with PaaS but (IMHO) getting more acceptance and use in the last couple of years esp. with the gaining popularity of Docker (and more importantly its ecosystem)

If we consider, for example, the architecture of Appsflyer , which I recently joined, (You can listen to  Nir Rubinshtein, our system architect, presenting it (in Hebrew) or check out the slides on speaker-deck or below (English) )

Instead of writing or using elaborate service hosts and application servers you can  host simple apps in  Docker; run and schedule them by Mesos, get cluster and discovery services from Consul, recover from failure by rereading logs from Kafka etc. Back in the days we also had these capabilities but we wrote tons of code to make it happen. Tons of code that was specific to the solution and technology (and was prone for bugs and problems). For modern solutions, all these capabilities are available almost off the shelf , everywhere,  on premise, on clouds and even across clouds.

The importance of suprastructure in regard to  “microservices”  is that this “outsourcing” of functionality help drive down the overhead and costs associated with making services small(er). In previous years the threshold to getting from useful services  to nanoservices  was easier to cross. Today, it is almost reversed –  you spend the effort of setting all this suprastructure once and you actually just begin to see the return if you have enough services to make it worthwhile.

Another advantage of suprastructure is that it is easier to get polyglot services – i.e.it is easier  to write different services using different technologies. Instead of investing in a lot of technology-specific infrastructure you can get more generic capabilities from the suprastructure and spend more time solving the business problems using the right tool for the job. It also makes it easier to change and  evolve technologies over time – again saving the sunk costs of investing in elaborate infrastructure

of course, that’s just my opinion I could be wrong…*

* with apologies to Dennis Miller 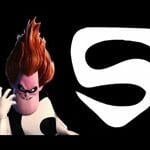