Who needs an architect anyway?

Not all projects need architects. There, I’ve said it. Not all projects need architects and I am not talking here just about trivial projects. There are cases (maybe even many cases) where you can get by with what I call “off-the-shelf” architecture – maybe with a few adjustments that any master developer (i.e. seasoned and experienced developer) can handle. For instance a lot of web-sites can do pretty well by using Model-View-Controller (or a derivative of that) along with a simple O/R mapper such as active-record. In fact a lot of them do just that,  when they use a framework like Rails that made these architectural choices for them*. Another example is the vanilla 3-tier architecture provided by software vendors (such as this one by Microsoft). Yes, when you take something off-the-shelf, the result might not be optimal but that doesn’t mean it isn’t sufficient. You just have to be aware for the tradeoffs…

Another point is that “design” is not some exclusive architect thing. A developer is not a good developer unless she also known about  proper design. For that matter  “mastery” of just the  technical aspects of a language without understanding the wider context of design will just help you code a lot of crap faster. So, again , a good developer knows a thing or two about design and can handle trade offs and variations on a project architecture (especially in cases described above).

This means  we need to consider a few issues – When (if at all?) do you need architects? What do they Do? What’s their relation and interaction with the developers ?

When do you need architects?

It isn’t always an obvious choice between a project that can get by with an “off-the-shelf” architecture and one that needs an architect. It would be nice if we could have something like a litmus test that would tell us if architects are needed or not. I don’t have one. The closest thing to a litmus test I have is something I call the SCLR test (pronounced scaler). SCLR stands for Size, Complexity & Limited  Resources.

Let’s assume I convinced you that some projects need architects. Convinced, you go and hire one. now what?

What do architects do?

The second observation is that if we “refactor” the pretty language out from both of these definition – we can see that an architectural decision is basically a guess, hopefully that’s an educated guess but it is a guess none-the-less. and as Albert Einstein once said it is  hard to make  predictions – especially about the future.

Using all these you (as an architect) may come up with a reasonable architectural decision (e.g. use MVC pattern) and a design to match it and that’s it.

Well, actually, not quite since as I said earlier it is still a guess. Remember  an architectural decision (and any design for that matter) is a mirage no matter how beautiful the power point slide looks (or white board or UML sketch etc.)

Alas, power point compilers are still in the making. Which means that as an architect, you must be able to prove your point in writing – that is coding. While you are at it, you also need to know a thing or two about the technology you are using because it too has an architecture, features etc. which may (and usually do) have a significant effect on the end result. (You can read a little bit more on this in the “Architecture Deployment” paper I published a while ago).

The result of trying to postpone architectural decisions coupled with ever changing requirements and with adding details as we unfold the  architectural abstraction level to a working system, is that the architect can’t just appear at the inception of a project and disappear afterwards – they need to stick around for the game. This is especially true if you want to have an evolving architecture.

The architect’s role goes beyond making architectural decisions. In effect the role shares some of the CTO roles -though on a smaller scale i.e. withing projects rather than companies making the architect the project CTO

Tom Berray has an excellent paper describing 4 models for the role of a CTO. 3 of them can be applied to software architects (within their projects)

The third model is called “Technology Visionary and Operations Manager” – Making sure that technology works to deliver business goals – but how is that done?

In their book on organizational patterns, Jim Coplien and Neil Harrison, talk about the “Quattro Pro for Windows” (QPW) development team. According to the case study, Borland had a team of 4 architects who worked together to produce what the authors call prototypes*. 6 month later these architects were joined by additional developers to produce the product. During the development the architects kept meeting on a daily basis to coordinate their efforts (sort of like a daily stand-up in a scrum of scrums).

The situation in the QPW is probably close to the ideal architect involvement in a project – coding architects that work closely with the team, while driving technical and architectural decisions. The availability of multiple architects (but not too many – to prevent the “design by committee” effect) also enhances the overall quality of the solution.

Another aspect of the architect work is to act as a coach/mentor. It isn’t enough for the architect to “know best”. We already know that architect must also be able to reason about their recommendations/decisions, but that’s just part of the story. Helping other team members get better in what they do means that they’d be able to do their job better, they’d be able to come up with their own ideas (and get more fresh ideas into the discussions) and produce better software. Since the architect is ultimately responsible  for the quality of the solution, making others perform better should be a top priority for the architect. Being considered as a source of knowledge will help an architect perform his/her role, even when they don’t have an architect title 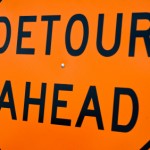