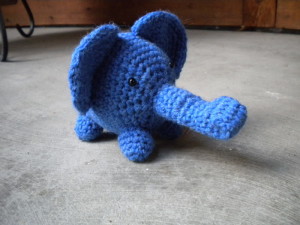 and with YARN the game changes

I’ve been working with Hadoop for a few years now and the platform and ecosystems has been advancing at an amazing pace with new features and additional capabilities appearing almost on a daily basis. Some changes are small like better scheduling in Oozie; some are still progressing like support for NFS some are cool like full support for CPython in Pig but, in my opinion, the most important change is the introduction of YARN in Hadoop 2.0.

Hadoop already had the first part nailed down in its 1.0 release (actually almost from its inception). With YARN it gets the second – so, again, in my opinion Hadoop now can be considered a distributed operating system. 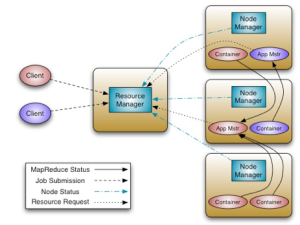 So, YARN is hadoop resource manager, but what does that mean. Well,  previous versions of Hadoop were built around map/reduce (there were few attempts at providing more computation paradigms but m/r was the main and almost only choice). The map/reduce framework, in the form of the jobtracker and tasktracker handled both the division of work as well as managing the resources of the servers – in the form of map and reduce slots that each node was configured to have.

With Hadoop 2.0, the realisation that map/reduce, while great for some use cases, is not the only game in town, led to a better, more flexible, design that separates the  responsibility of handling the computational resources from running anything, like map/reduce, on these resources. YARN, as mentioned above, is that new resource manager.

There’s a lot more to say about YARN, of course, and I highly recommend reading HortonWorks’ Arun Murthy’s excellent series of posts introducing it.

What I do want to emphasis is the effect that this separation already has on Hadoop eco-system, here are a few samples

In summary – in my opinion, the introduction of YARN into the Hadoop stack is a game changer – and it isn’t some theoretic thing that would happen in the distance future – Hadoop 2.0 is now GA , so it is all right here, right now… 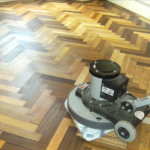